LOOKING BACK TO LOOK AHEAD: HOW WOMEN IN HOIMA ARE THRIVING.

Daisy is a beneficiary of a former NAWOU  intervention which ended 3 years ago and does not carry with her the memory of the project but tangible impact to her life. She spoke to NAWOU staff and couldn’t hide her joy about changes her life has experienced. She testified that before the NAWOU interventions and trainings, her family struggled to make ends meet and solely depended on her primary school teacher salary. She joined NAWOU women’s groups which focused on gender equality and women economic empowerment. Together with group members, she was able to start saving and this jumpstarted her business.

“I was able to start my Agrochemicals business after I borrowed UGX.400,000 from my group Mukama Murungi Savings and Credit Association back in 2016,” said Daisy Muchwa proudly. “Just from diligently saving and investing smartly, in a period of 4 years I have been able to achieve more than I had ever imagined for myself. I have managed to complete a National Drug Authority course, buy a piece of land, expand my farm and now I am in the process of laying the foundation for my house.”

For many women in Hoima, several obstacles limit them from participating in political life or holding positions of power in the community. Structural barriers through discriminatory laws and institutions, cultural beliefs and education gaps rooted in girls being denied education have fueled this narrative for long time. The project also aimed to promote democracy, human rights and participation of members as well as the population they target. Women groups were equipped with advocacy skills including identification of the rights that are violated to cause gender inequality.

During an ex-post evaluation of the Capacities of Women Organizations to promote Gender Equality (CAWOGE) project in Hoima funded by We Effect from 2014 all through 2016, NAWOU interacted with women and men who participated in the project and were equipped with skills for leadership, advocacy and human rights principle.

“When I saw my school calling for applications for the position of Head teacher, I knew it was my opportunity to put into practice what I had learnt during the NAWOU leadership skills trainings,” recalled Robinah Kusemererwa from Bugambe Sub County who is now the Deputy Head Teacher at Kabaale Public Primary School. “I grew up shy and timid. It was a process for me to be more confident and expressive, I feel like I discovered something that was always within me. I just needed to work on tapping into it and NAWOU gave me that opportunity.” Robinah is also contesting for the position of Chairperson Local Council 1 in Kiziniro.

Several women have been able to take on leadership roles within the past three years and this has changed the dynamic within the community. More families now embrace the idea of educating their girls because they are able to see the benefits in real time and girls have positive role models within the community they can look up to.

The shift in the community’s mindset can be also attributed to the involvement of men. Patrick Kutegeka from Kyabigambire Sub County took to advocating for women’s rights like it was his calling and is now a male champion in his community. For the past two years he has managed to influence 14 men from different walks of life and change their attitude to embrace gender equality. To support each other in the mobilization work, the men formed a male based group composed of the husbands of women from VSLA group.

“Agaterine Group was born when men saw how successful and developmental their wives had become after joining VSLAs,” Patrick said. “The men in our community have experienced the benefits of women’s economic empowerment and seen the importance of joint decision making in a household. This has prompted many to encourage their wives to join groups and continue to attend trainings that give them more exposure.”

Men play a key role in bringing about gender equality since, in most societies; men exercise preeminent power in nearly every sphere of life ranging from personal decisions to family structures. When men fully understand the concept of gender equality, it becomes easier for them to embrace it.

Vincent and Judith Sunday are a model couple from Kigotoba. One day, his wife sat him down after she participated in a training on the importance of joint decision making and in an epiphany moment, Sunday knew his alcoholism habit was hindering the development of their household. He then made the conscious decision to quit and start putting all his efforts into ensuring the success of their marriage, businesses and children.

“My wife Judith always came home and relayed to me what she was taught during the NAWOU trainings but I would pay them no attention because I thought the information did not concern me, he recalled, “but when we had that conversation and I understood the role I had to play, I knew I had to change. And I am glad I did because we have been able to achieve so much simply because I changed my attitude.”

The project definitely achieved other successes like birthing many other groups, changing the narrative around women owning land and rights over property and reinforced the idea of having a husband as partner and not just a provider.

Though the positives outweighed the negatives, some gaps were visibly noticeable gauging from the interactions we had. Much as there is awareness on Gender Equality and women’s economic empowerment, there still exists resistance from men who know about gender equality but blatantly refuse to acknowledge it. A woman contributing to the sustainability of her home doesn’t negate the need for her husband’s support. However, an emerging issue is that many men completely refusing to play their role in the family welfare.  This shows the need to create programs that address the issues arising from the changing dynamics within homes that are placing women in providing roles.

The ex-post exercise engaged with 100 men and women from 9 groups sampled from sub-counties of Kyabigambire, Kitoba, Kigolobya, Kyangwali, Bugambe, Hoima District Network, Kikube district network, Buseruka and Town Council. This activity aimed at assessing the impact and sustainability of CAWOGE project among the target beneficiaries, communities. 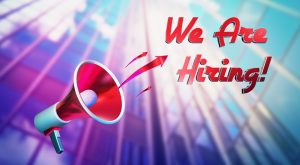 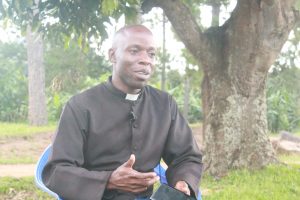 CHURCH LEADERS IN LUWERO CHAMPION FIGHT AGAINST GENDER BASED VIOLENCE. 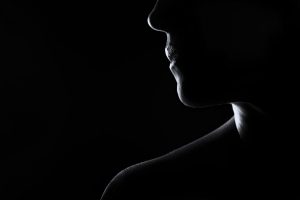