Geoffrey Cherop, 48, is a husband and father of six (6) living in Aloma village, Kaptum sub county Kween district. Trained as a mentor by NAWOU, Geoffrey continues to create more awareness on the adverse effects of Female Genital Mutilation (FGM) and Early/Forced Child Marriage (E/FCM) within his community. For years, he has been an advocate for change and used his positions as a Secretary LC I and Village Health Team (VHT) member to fight the practices within his community.

“As a young man, I despised FGM and everything it represented. I found it disrespectful to the women and girls and I viewed it more like public humiliation. I swore I would never marry a woman who was circumcised or let any of my children undergo it. When NAWOU started conducting trainings, it came as no surprise when the leaders nominated me to be a mentor because they knew my stance on the practice. As one of the few men in the community proudly married to an uncircumcised woman, I have faced ridicule and mockery for the longest time. But now, with the education of the community on the FGM Act and continued sensitization on the dangers of FGM by NAWOU, my community is slowly waking up from the darkness brought about by FGM. The trainings and mentorship are helping the community gain a deeper understanding of the effects of FGM and E/FCM and how these are hindering the development of the community as a whole.

The story of FGM is unknown to us but the elders in the community re-echo the tales of their elders like “educating a girl is like educating someone’s mattress.” While other elders claim it was meant to tame the woman’s sexual desire as the husband was away during cattle grazing seasons and or hunting. These old tales were meant to incite fear in people and put pressure on women and girls. However, our women for years have been suffering with difficult child birth, excessive bleeding during the procedure or after and death as the consequences of undergoing the knife.

Joining NAWOU as a mentor has helped me reach beyond my village of Aloma and guide more men and boys. My wife, Olive Chelengat is now one of the women in the community that other women and girls come to for guidance on issues concerning their girls who do not want to get circumcised or get married. In order to help her, I usually share with her all the materials I get from my trainings with NAWOU so that she too provides them with accurate and adequate information.”

Geoffrey also became the frequently contacted person in the community to settle cases of Gender Based Violence (GBV) because he is a good counselor. Before the program, he would receive between eight (8) to ten (10) cases of GBV and early child marriage but this has vastly dropped to two (2)/ three (3) cases. He attributes this to strictly following the referral pathway learned during NAWOU trainings and the referral letters he writes to Police seeking their intervention in dispute resolution are always acknowledged.

“Those that are still practicing FGM have little or no educational background, poor or are just cultural die hards. Those who have attained a certain level of education realized that the practice was harmful. In order to keep setting the right example, I ensure that all my children go to school, keep a peaceful household with no fights and I do not drink alcohol because it is one of the factors that contribute to poverty and violence.

Men and women have started realising/appreciating the dangers of FGM. Girls and boys are being exposed to its dangers too and learning about their rights and responsibilities which is a step in the right direction if mind sets are to change. Empowering the young generation will lead to a positive cultural shift as they are the leaders of tomorrow. The mentorship program is providing them with the necessary tools to fight for their rights and value their education. And it is my dream that there is a generation that will hear about FGM as an old traditional tale and will not have to go through the practice.”

“Catalysing a New Generation of Activists to Challenge FGM, Child and Forced Marriage (CEFM)” project funded by WomanKind is implemented in Kween district, specifically in Kaptum Sub-county; a hot spot sub-county for FGM practice. The project objective is to empower girls and young women to develop their own campaigns and initiatives to challenge the harmful cultural practices of FGM and CEFM. 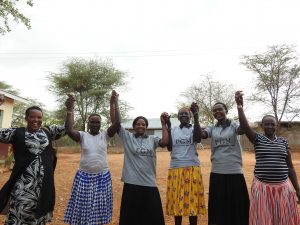 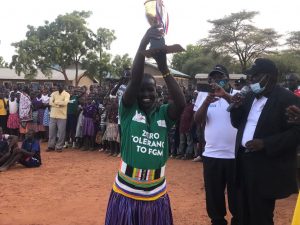 TRUE CHAMPIONS BELIEVE IN THE IMPOSSIBLE AND THEMSELVES. 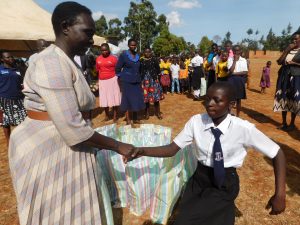