CHURCH LEADERS IN LUWERO CHAMPION FIGHT AGAINST GENDER BASED VIOLENCE.

Women economic empowerment is a gradual process which has several layers to it and in order to realize women’s economic freedom, aspects of Gender Based Violence (GBV) or economic violence against women are still present in our communities today and they need to be addressed. It is everyone’s responsibility within the community to advocate for women’s access to better opportunities, appropriate working conditions and control of economic resources.

NAWOU and FIDA Uganda conduct several dialogue sessions with influential male figures like church, cultural and government leaders under the “Women at work” project funded by FOKUS, to create awareness on women’s economic rights and GBV.

Rev. William Mirimu, 28, Parish Priest, Mpigi parish Luwero is one of the church leaders in Bamunanika Sub County working with NAWOU to bring about awareness on the dangers of GBV. NAWOU recognized the huge influence the church has on the community and with that saw the need to bring religious leaders on board.

From the inception of the project, the implementing partners received several reports entailing the high economic exploitation of women’s economic rights which is a form of GBV.

“NAWOU has simplified my work to a greater extent and cases reported to me have subsequently reduced,” expressed Fr. William, who recently attended one of several community dialogues for community leaders of Kalagala, Bamunanika and Zirobwe sub counties to create awareness on GBV, its causes, effects and new strategies to address it.

“Through NAWOU trainings women in my congregation have had their confidence built, are able to know the difference between submission and subordination and why it is important they have their own source of economic.”

Within communities, there are still high levels if ignorance on women’s economic rights where women are denied by their husbands to start businesses, high restriction toward access to household property and assets especially land, misappropriation of funds women borrow through the VSLA banks due to negligence of family responsibility by men, cultural and religious rigidities. These undermine women’s potential to effectively participate in economic development processes. This is however being combated through awareness sessions organized specifically targeting influential male leaders within the community.

“As the church, we fully support empowerment of women because we had strong female figures in the Bible like Esther, Naomi, Ruth and Mary. I look at empowerment as a key area to impart in the community,” he added. “In the church now, there are many women taking up leadership positions and church founded schools headed by women are running seamlessly.”

Follow @nawouga
Tweets by nawouga
PrevPreviousINNOVATIVE BACKYARD GARDENING BOOSTS BENEFICIARIES’ INCOME DURING PANDEMIC.
NextWHO AM I TO BE STANDING IN MY OWN PINEAPPLE FARM. IT IS A DREAM COME TRUE!Next 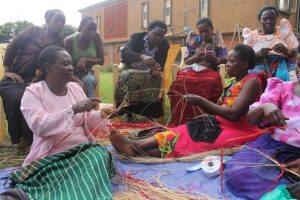 DISABILITY DID NOT STOP JOYCE NAKKAZI FROM REALIZING HER DREAM. 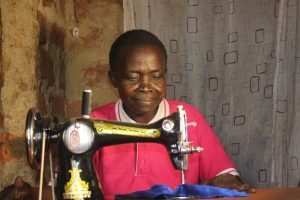 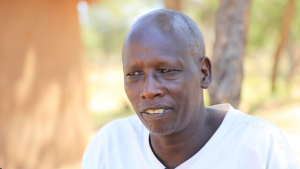