A TALE OF DEFYING SOCIETAL CONSTRUCTS.

Tom (not real name) a resident of Jumbe, the youngest child in a family of five’s life had always seemed to be a viscous cycle of misery. He lost his parents to stress related complications following murder allegations against an in-law in 2012 and with that, his life continued to spiral out of control.

Basing on the customs of the Pokot where families force retribution compensation of wrongs, all the family cattle, the most prized of properties, were driven away. This delayed the process of marriage for him due to lack of bride price

At the age of 25, Tom was diagnosed with Tuberculosis and because of his sickly nature, the community shunned him by telling every girl he tried to interact with that he was HIV positive. Now he had to deal with discrimination from his own community. Consequently, society labeled him barren since his age mates were all married and starting families.

“I would not associate closely with fellow men in the community because I was regarded as shame because of poverty and the opinion that I was unable to have children,” said Tom.

Tom was however able to confide in two of his friends who are Community Based Action Team members (COMBATs) from Atirir, about his desire to marry an uncircumcised woman.

As part of the community dialogues conducted by NAWOU through the COMBATs with girls out of school in Ashiokonion (Karita) (girls who are known as pastor’s girls), they introduced him to Pastor Akuletum who connected him to his now wife. For the bride price settlement, all his fellow COMBATs, friends, sisters and brothers contributed to help him get his wife legally, according to the Pokot culture.

Seeking out a woman who is normally regarded as “incomplete” or “not a real woman” shows the impact of community sensitization and dialogues. The messages offered in various trainings by NAWOU have been instrumental in changing the mindset of communities on FGM and Child, Early & Forced Marriage (CEFM).

Tom is grateful to God that his wife was very strong and patient with him. On Monday 27th March 2020, they were blessed with a baby boy.  Selina, (Tom’s wife) gave birth normally with no complications. He appreciates NAWOU for changing his life through the trainings conducted. 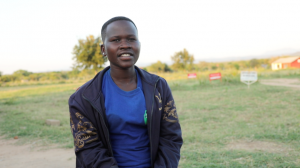 I WANT TO BE AN AMBASSADOR, TO SPEAK FOR THE GIRLS OF KARAMOJA. 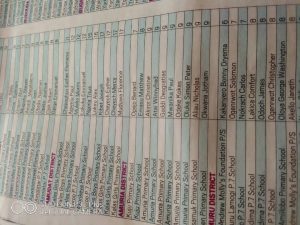 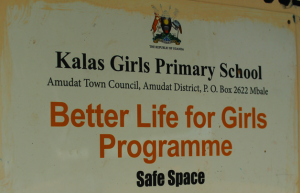