NAWOU hosted its first ever independent event at the 61st Commission on the Status of Women meeting at the United Nations in New York in March. This was done in concert with The Uganda Association of Women Lawyers (FIDA-U) and The East African Sub-regional Support Initiative for the Advancement of Women (EASSI), partners with whom NAWOU implements the Women’s Economic Justice project in Luweero.

The event titled, Breaking Barriers on Women’s Economic Dependence was in line with this year’s overall theme, “Building alliances to promote women’s economic empowerment in the changing world of work.” The meeting generally sought to interrogate practices that discriminated against women in the context of different work environments. One of the key emerging issues was unpaid labour for domestic work performed by women, and income disparity between men and women for equal value of work performed.

NAWOU’s event specifically looked at barriers women face in their economic ventures that keeps them captive in the vicious cycle of poverty. Some of these issues include, lack of access to and no control over factors of production like land, hurdles to accessing credit, and very importantly, having no information about what to produce, how to increase its value and how and where to market it. The parallel event therefore looked to strategically discuss how to developing rights based approaches and mechanisms to build the capacities of duty bearers, improve services and promote the legal and policy environment for women’s economic rights at local, national and regional levels.

Through a panel discussion, Executive Directors from NAWOU, EASSI and FIDA-U respectively presented successes of the project, lessons learnt and opportunities from project, and how it is interlinked to achieving the Sustainable Development Goals as well as Uganda’s National Development Plan II and vision 2040.

Also up for discussion was the consortium approach of implementing projects, its advantages and pitfalls. The members shared some of the issues that make the partnership keep going strong which is having rotational leadership of the project, having well defined roles backed up by an M.O.U, among other things.

Press Statement in Response to Human Rights Abuses of Women over the Weekend of 7th to 9th April, 2017
NAWOU Handmade carries out Training of trainers among Women Artisans in Hoima District

One thought on “NAWOU Hosts First Parallel Event at CSW” 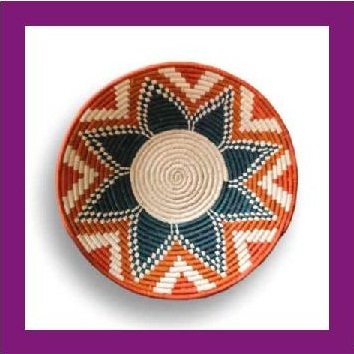